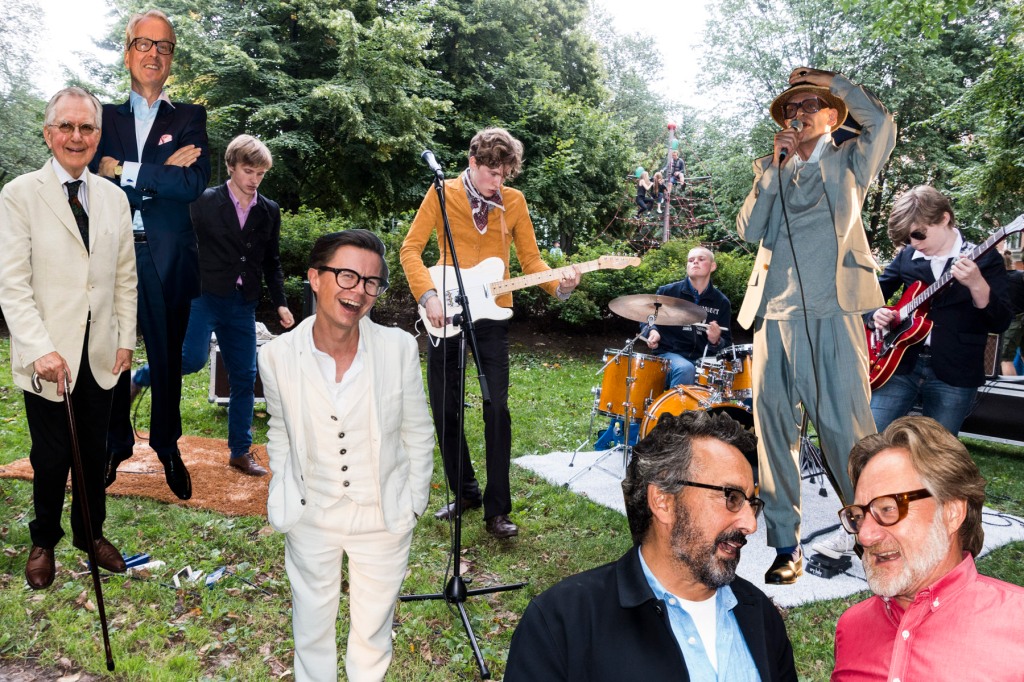 Neighbourhood moment of the year. The one and only place to go to during ¨The Night of The Arts¨ is Maxill, my local hang out, just literally down my road. Why go any further when you can have instant live news feed just on the corner. All the new couplings and de-couplings, what the kids have been up to, where to go for the best waxing and other important stuff.

Taking to the Stage: Professor Matti Klinge, still in late summer style white blazer, on the far left. Usually he wears a hat as well. The full white linen look, provided by journalist Sami Sykkö. Not a clue who that suited guy in the background is. Thought it was plastic surgeon Rolf Nordström but on a closer look, don’t think so. Unless he did a Renee Zellweger. Tv, dance and otherwise big personality Jorma Uotinen sang with Helena Lindgren. In the picture he is butting in with a boyband who performed in the Spider Park. Cool guys. The talking heads are Ad Lion Ami Hasan with a passion for fashion (his son Noah performed with the band Factory Boyz on the real stage) and to the right, major Man of Law Jyri Sarpaniemi, father of Emma Sarpaniemi, the photographer.

Here is what I can tell you without blushing:

My fellow photographers Jan Lönnberg and Fabian Björk also made an appearance. Here photobombing the boy band. Is that a Fender?

Now off to Stockholm Fashion Week and much more. Stay tuned.